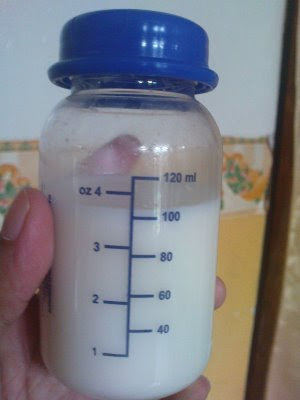 That is the time I am going to be all alone with Uyuni for 3 weeks. Frankly speaking, there's an alternative to stay at my in-laws house....but, I'm getting used to the surrounding here in my own home. Uyuni is also starting to collect a lot of new toys and stuff such as the buai, the stroller, the play gym (ain't this too early? but, Thanks Mas! Mama ngan grandma dia dah pasang siap dah)...So, moving there for the 3 weeks will only be a hassle.

I like to be independent when it comes to raising my child. Bagaimana dia grow up, biarlah saya to be blamed for, rather than others. Kalau saya termanjakan lebih, biarlah saya yang dapat surat saman...heheh...

I agree that I mmg pampered when living with in-laws. Baju depa basuhkan, air mandi depa buatkan...mmg macam permaisuri... Tapi, satu yang kureng is when time to BF. As I told you before, I felt as if I was not allowed at all to touch my Uyuni. They would do everything for her, meaning kebiasaan telah ditetapkan oleh mereka and like it or not I had to follow. (ex: Wajib sumbat susu formula after mandi) 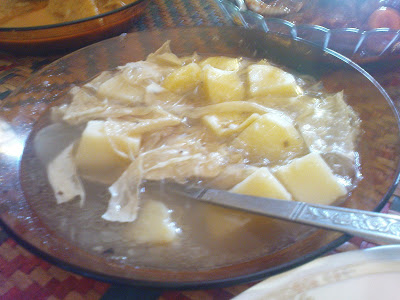 But, luckily I managed to change that habit slowly after almost 3 weeks with her. I learned a lot about Uyuni when I handle her myself (of course, sometimes her Grandma dia tolong sekali) I also learned that if you want her to keep quiet when taking her bath, instead of waiting to BF after bath like in the early days, I'd give her some before bath and continue after bath for some more. And her early way to promise BF everytime after man-handling? I realized that if she was already full even before man-handling, she wouldn't ask for more after that and go right to sleep. So, kenapa kena sumbat susu lagi, betul tak? 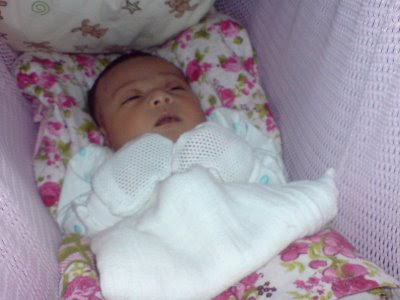 I love this kind of learning. Tambahan lagi, badan dah semakin cergas sikit. I learned a few more alternative ways to increase milk production. Drinking protein drink every day on an empty stomach really helps a lot of protein absorption which is also important for BF. Everyday I'm learning even more by handling her myself. And I guess, daddy likes it this way too. Her daddy gets to give her bath every day and bond with her at that time :) Daddy also gets to buai her at nights, change her diapers, enjoy being poo-ed in the middle of the night *giggles*

In the early days, masa tak cukup tidur sangat dulu...masing2 bebai malas nak layan Uyuni tgh malam...hehhe...Tapi sekarang, once dah tahu habit, which kind of position she likes to have her milk in the middle of the night, what is the meaning to each of the sound she makes, we actually saved a lot of energy waking up tgh malam for nothing :)) Alhamdulillah!

Alhamdulillah I took my sister in-law's advice, to BERDIKARI...Life becomes much more simpler when we learn it ourselves.

Tomorrow, Uyuni will be 1 month old. Dah wat appointment dgn Dr.Ali. She'll get her 1 month vaccy and need to check with doc about the fractured bone. Masa letak tepung ubi after bath around her neck, ada cube2 rasa the bengkak...rasa macam ada lagi...tapi, Uyuni dah kurang meraung...She can mengiring to her left side during BF tanpa menangis lagi..Alhamdulillah! Pray for us, friends!

Till then, Babai!
(Dah tiba masa untuk get ready barang2 mandi dia)
Truly from the heart of: fieza at 3:58 PM

fieza
An officially WAHM. Working to support the family and to divide time for Yuni and Aina :) In the process of developing a healthy family in terms of food/supplement consumption and ibadah, Insyaallah. Please do not hesitate to email me at aiguideresources@gmail.com for further details/free consultation. Thank you