4 day holiday entry...bear with me, dear 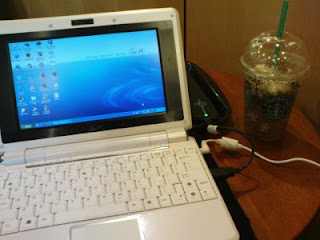 Currently blogging from Summit Starbuck. Abg is in the mid of his bowling tournament upstairs...While me? The one carrying the big bowling ball everywhere...heheeh had to find a port to ease my boredom with my baby..

Bowling started at 9:30am... Starbucks pon baru tgh lap2 meja...hehe..Currently trying out the Dark Cherry Mocha Frappuchino and having their tuna finger sandwich for breakfast. Yup, they say its not so good to consume too much caffeine during pregnancy, but I'm not addicted. heheh...

Went to PD with the whole Abg's side of the family. Brought the Serena with another 3 cars, of course since all the other uncles and aunts joined us. Rented 7 pelampung all together. 2 trips of the banana boat ride. Mandi laut dari pukul 11am sampai 4pm. Boleh tak? Masa mandi...Best bangat! hehhee...(excuse me for the Nusantara slang) 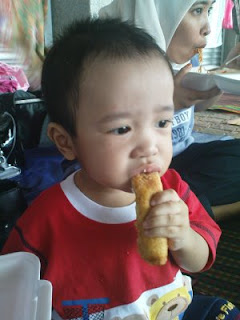 My youngest niece, Haziq. In the background is my Kakak Ipar (who is probably getting married next year)

We didn't feel the result on that day. (especially me!) Didn't even apply any sun block lotion at all. Kira tawakkal jerla kalau kulit gelap pon... But then, instead of having a darker tan...My skin turned RED!! Ya Allah! Tuhan ajer yang tahu pedih nya...Its like melecur kena air panas. Currently still red in color but less pain compared on Friday. Bayangkan, bergesel dengan lengan baju pon sakit. Abg said its because of being too long on the pelampung instead of swimming around. heheh...Cian Abg...No touching me these few days. Sentuh pon sakit tau...

Went to Melaka to send my Adik Ipar to her practical place, which is a tadika. She will become a tadika teacher for the next 4 months. Free accomodation, free food, big conner lot house only for 2 people and RM200 allowance. All she had to do was learn as much as possible from the people there, help around with errands and survive wiith no TV for the next 4 months...hehehe...Cian...but its part and parcel of life. You have to have that kind of experience.

On the way back, pekena Char Kueh Teow in Puchong. Best wooo!! Before I met Abg, I never tasted Char Kueh Teow before because I thought that all kueh teows, despite their different name is actually the same thing. 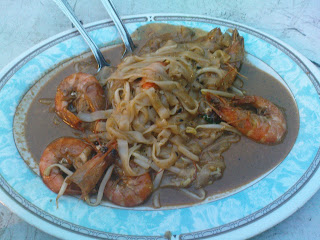 A bit of points to ponder in choosing the best Char Kueh Teow;

1. The original, best Char Kueh Teow's kueh Teow size is actually HALF the size of the market's Kueh Teow. If you are eating the normal width kueh teow claimed to be Char Kueh Teow, YOU'RE CONNED!

2. The original, best Char Kueh Teow will have the prawns with the kulit udang AND the kepala udang along in the Char Kueh Teow. This is to get the juicy taste of udang in the meal. If you are eating the so-called Char Kueh Teow with udang yang dah togel, tanpa kepala dan kulit, YOU'RE CONNED!

Abg is so upset if he paid to eat Char Kueh Teow, and it ended up like this.. 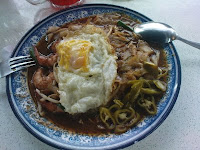 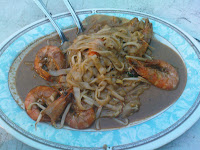 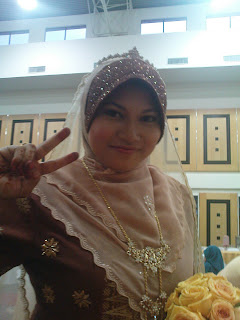 Zura's my blockmate in STF and she got married to the man of his dreams...hehe... She's also a business woman for the famous Hey Cupcakes!

Yong couldn't make it to her wedding..kalau tak boleh jumpa..Anyway, by the time I reached the Dewan it was raining heavily. Luckily, some of the gang is still there...Im, Dayerq, Izyan, Sareque, Cytot and Nadwah (she came after me) 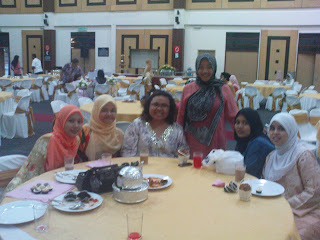 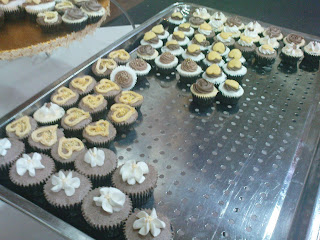 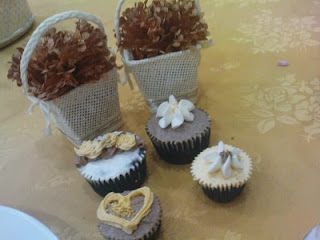 Hmmm...nanti2 lah tanya. Okay, I think I should be off soon back at Bowling Alley. Mocha pon dah nak habis nih..I think they should have completed the tournament anytime now since the next batch to play is at 12 noon. Abg pon sure tgh pening apesalla call xdapat2 nih...Hp stuck kat cable comp nih nak transfer gambar punyer pasal...Sabar yer...

So, till the next entry...Buhbye! enjoy your Sunday!
Truly from the heart of: fieza at 10:41 AM

fieza
An officially WAHM. Working to support the family and to divide time for Yuni and Aina :) In the process of developing a healthy family in terms of food/supplement consumption and ibadah, Insyaallah. Please do not hesitate to email me at aiguideresources@gmail.com for further details/free consultation. Thank you